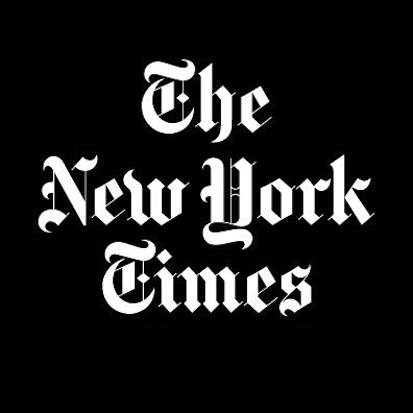 HICKSVILLE, N.Y. — Chris Mazzilli was at the Old Westbury Gardens car show one Sunday in June, displaying his 1971 Corvette, when a stranger approached with questions about restoration work involving dozens of cars.

Mr. Mazzilli, 49, founder and co-owner of the Gotham Comedy Club in Manhattan — and a serious student of Chevrolet’s sports car who has judged dozens of events — was happy to offer guidance. But the questions kept coming: What about a ’53 Corvette? What about a ’55? What about a ’57?

“Are you talking about the Peter Max Corvettes?” Mr. Mazzilli asked, playing a hunch.

His questioner, Peter Heller, fell silent. After a moment, he answered: “Yes. How did you know?”

Mr. Heller had not yet realized that the cars — a set of 36 Corvettes, one from each year starting with the model’s 1953 debut and continuing through 1989 — were famous among Corvette followers. Not only because they were owned by Mr. Max, the Pop Art star who gained fame in the ’60s for his preternatural ability to capture (and market) the zeitgeist, but also because Mr. Max stored the cars for years in publicly accessible parking garages without much thought for their upkeep.

Members of Corvette forums seethed every time a new photo emerged showing the dust-caked cars in a dim garage. Some wanted Mr. Max to sell the cars or donate the set to a museum. Others didn’t much care who owned the cars: They only wanted to see them — the 1953 example, in particular, one of 300 built that year — restored to their former beauty.

Those people are getting their wish.

Mr. Heller and his cousin Scott Heller, along with Scott’s sons, Adam and Mike, bought the cars from Mr. Max over the summer. They plan to clean, and restore as needed, all 36 before taking them to auction next year. (The Hellers are partners in the venture with Gary Spindler, a New York parking management executive.)

After the decades of neglect, how did the Corvettes’ reversal of fortune come about?

The tale of the set begins in 1989, when the collection came together as the grand prize in a contest sponsored by the VH1 cable music channel. A call to a 900 number, for a $2 fee, was required to enter; more than a million people made the call.

The winner was Dennis Amodeo, a carpenter from Long Island, who flew to California to accept his prize. But before he could bring the cars home to New York, he got a call from Mr. Max, who was interested in using the cars to pursue his vision of a grand art project fusing his bright hippie imagery with the distinctly American iconography of the Corvette. (Imagine, say, a hot-dogs-and-apple-pie Chevy commercial mashed up with the psychedelic interludes from “Laugh-In.”)

Once the cars were delivered to New York, Mr. Max did some preliminary work, taping color test strips in place on several. But he was busy with other projects as well as a legal battle with the Internal Revenue Service that led to a guilty plea for tax fraud.

After a few years of inattention, Mr. Max’s ambitious Corvette project was consigned, like so many others, to the garage. Not just any garage, however; in a city where a single parking space can now fetch up to $1 million, finding room for 36 cars was tough.

And that is where the Hellers came in.

In 2001, Mr. Max needed to move the collection out of a garage on West 40th Street that was being sold. The owner called Scott Heller, who had worked closely with garage operators across the city for years. Mr. Heller found a new home for the cars quickly, in the Flatiron district, and helped supervise the move. They were moved again a few years later, to a garage in the Prospect Heights neighborhood of Brooklyn. Finally, in 2010, they made it to Upper Manhattan, where many of the cars now reside in a former Packard dealership.

Scott Heller said that earlier this year he had offered to work with Mr. Max, restoring the cars for sale and splitting the proceeds. Mr. Max rejected the offer, he said. But Mr. Heller said that not long after, he was asked whether he wanted to buy the cars outright.

Not being Corvette experts, the Hellers engaged Mr. Mazzilli to help evaluate the collection and prepare it for sale. Negotiations were swift, and they took possession of the cars in July.

The Hellers declined to say how much they paid.

A spokeswoman for Mr. Max declined to comment on the cars or the sale.

To walk among the ‘Vettes, even in their fallen state, is to experience how a singular American car has evolved over the years.

Dirt encases the cars, suggesting the aftermath of a volcanic eruption. But through the grime you can easily identify their distinctive periods: the ’80s Faceman cars; the louche, hip-heavy ’70s Stingrays; the sharply creased mid-60s cadets; and a handful of varsity lettermen from the ’50s.

Opening the doors is what it must have been like to unearth a house in Pompeii; the interiors are largely intact. Some, though, were stored with the windows down, and their insides are coated with dust.

There are missing elements, like decorative trim, and badges have disappeared. And some have significant damage to the fiberglass bodies: holes in quarter panels, smashed bumpers, shoddy repairs from years ago.

Thirty miles east of the Manhattan storage site, at a shop in Hicksville, work is proceeding on several cars at once. The 1953 model, No. 291 of 300, is undergoing a full restoration, its body separated from the frame. The handmade fiberglass panels are rounder than expected, a bit of baby fat that didn’t really melt away until the 1956 model arrived.

That kind of restoration can take two years, said Dave Weber, 55, the shop’s owner, but the hope is to get it done in time for auction sales next spring.

Cleaning off the grime alone can take two weeks. Each car gets washed five or six times; carpets and seats are shampooed over and over.

“You feel like you’re getting black lung,” Mr. Weber said.

The 1955 model, one of 700 made that year, will also get an extensive restoration, according to Mr. Mazzilli. The remainder of the cars will be thoroughly cleaned and restored to running condition. About half the cars have matching chassis and engine numbers, he said, a factor that attests to the cars’ originality and increases values.

The group doesn’t have a specific plan for the auction yet, Mr. Mazzilli said, but would like to find someone interested in buying the whole set. (And with a spacious garage. Or two.)

But if a buyer with such deep pockets doesn’t emerge, the cars will be sold individually.

“We expect that people might pay a premium to own a car from the collection,” Adam Heller said.

Mr. Mazzilli said, “The biggest thing for us was rescuing the cars.”

“It was a good thing these guys came along,” he added, referring to the Hellers. “And they’re going to do the right thing.”

In a telephone interview, Mr. Amodeo, who sold the cars to Mr. Max nearly 25 years ago, said he was pleased that they would be fixed up. “I would like to see them out there when they’re done,” he said. “That would be nice.”

As for Peter Heller, whose chatting up of Mr. Mazzilli in June fortuitously brought the group together, he said he didn’t bother going to car shows anymore.

“I’ve got my own car show right here,” he said.

This site uses Akismet to reduce spam. Learn how your comment data is processed.